El Esparragal is divided into three very different areas: 1000 ha of orchards, 650 ha of forests, and 1050 ha of pastures.

The second area is a Mediterranean forest dedicated to hunting big game like deer and boar, as well as some cork harvesting. In the center of the forest area, there is a reservoir with 2 million cubic meters of water that allows for the irrigation of the lower part of the estate.

The third area is a dehesa, or area of natural pastures with oak and cork trees where retinto cattle graze in the spring and fall.

El Esparragal’s main area of production consists of retinto meat from 450 cows that produce 180,000 kg of choice meat in addition to 120 females for restocking and to sell to other farms.

El Esparragal’s herd of purebred Spanish horses was established in 1968 with mares from the ranch of Antonio Oriol Puerta which traces its origins to 1888, coming from the Corbacho line, one of the best documented breeds of Spanish horses that had been preserved without crossbreeding with other lines in the 19th century thanks to reserves at the Carthusian monasteries in Jerez, Seville and Castellón. The mares from El Esparragal have received several medals and honorable mentions in Spanish championships in recent years. Particularly notable are Karina XXX, 1st place in the 2001 Spanish championship, and the herd of 5 mares that took 1st place at the 2005 SICAB International Spanish Horse Fair.

In the stables, we can find young horses that are being tamed as well as tamed horses used to work with the retinto bulls in the field.

Raising of retinto bulls began in 1965 and includes 600 animals. The retinto breed can be traced back to the wild bulls that lived in Andalusian forests and, until a century ago, were the main work animal for farming and transportation. Mechanization has resulted in Andalusia and Extremadura only using them for performance and food. Retinto livestock feeds on the natural pastures and acorns in the spring and fall, and the rest of the year it feeds on all of the subproducts from agriculture.

The main characteristic of this breed is its hardiness and adaptation to its habitat, which allows it to withstand the harsh Andalusian summers with high temperatures and scarce vegetation.

Currently, 50% of our cows are crossed with Limusin bulls to improve quality without loosing the hardiness of the retinto breed.

Besides the height of its walls, which are still visible like a small crown at the top of the hill, some rooms of a Roman building are visible with the remains of heating stoves and walls covered in hydraulic lime plaster. This is possibly baths that were fed by the spring a bit farther down. A type of waterwheel would have had to be prepared to move the water uphill.

The spring next to El Castrejón is a testament to its use for more than 2,000 years. It has small tanks or ponds built with Roman materials, others which resemble Muslim constructions, and the best conserved stones and plastered bricks. Spring maintenance allowed for this area to have good orchard irrigation and the orange, pomegranate, fig, and olive trees and vines resemble the old orchard.

During the Tartessian period, El Castrejón became a fortified city that controlled the plains of El Esparragal and was one of the main vantage points for the roads linking the Riotinto (Huelva) mines with the Guadalquivir river valley. Its strategic location was further strengthened by the existence of an excellent spring next to its walls. The Andalusian Iberos or Turdetani conserved El Castrejón and built the stone walls with circular towers that have been conserved to this day. From here, they saw the first Carthaginians arrive and then the Romans who fought to conquer Andalusia.

Under Roman control, El Castrejón became a small city located halfway between Italica and the mines, the wall was built and small baths were constructed according to the new hygiene customs. The Muslims maintained and expanded El Castrejón as a strategic point for the region. The old spring is still preserved after more than 2,000 years of service. It supplied water to the city and the small bath where three rooms are found which maintained different water temperatures thanks to an interesting system that circulated hot water via underground passages. 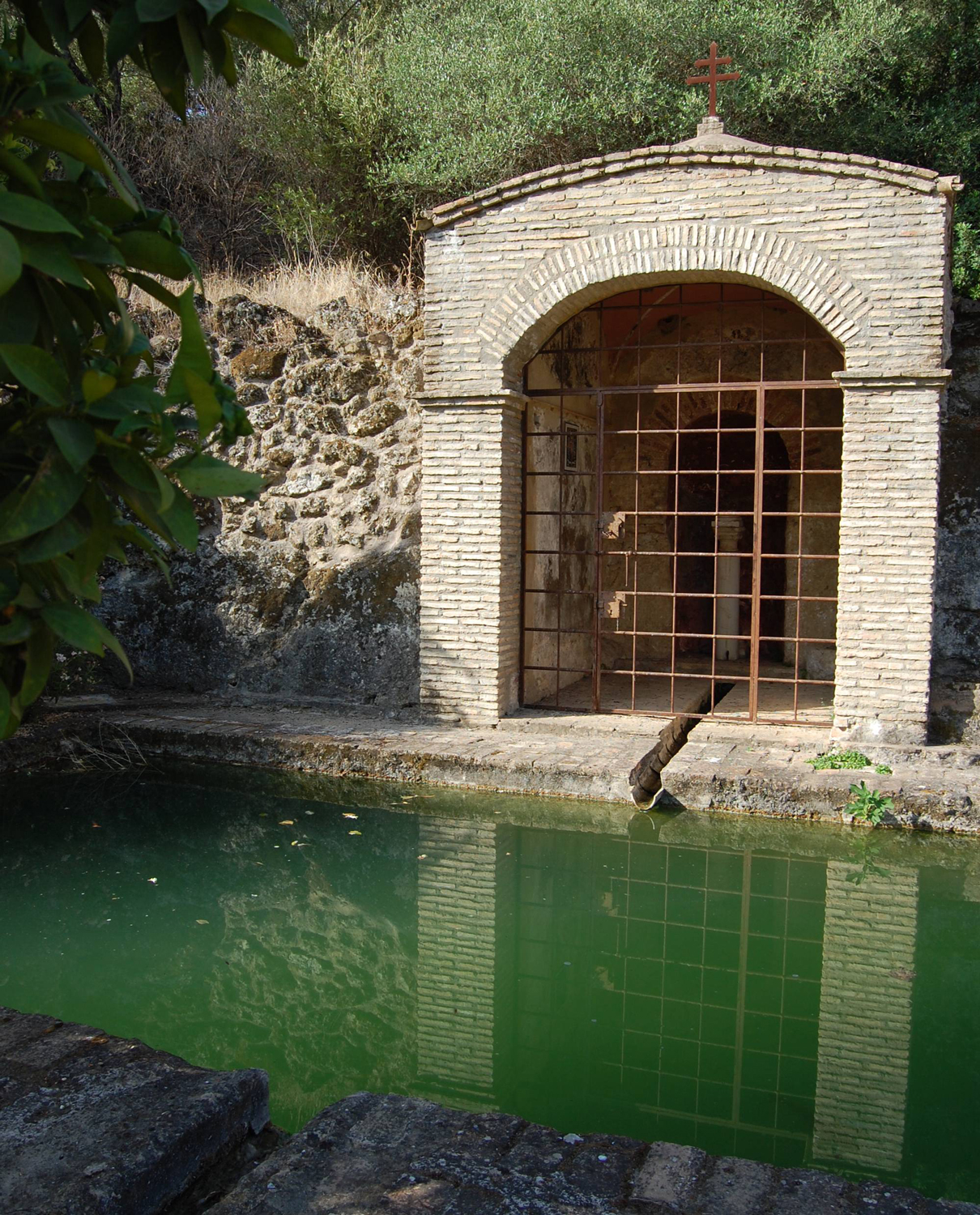 The reservoir built in 1968 by the Marqués de Casa Oriol is the confluence of the Las Torres and Parrita streams and is able to store two million cubic meters of water to water 800 ha of fruit and olive trees and annual crops. This great advantage in the modernization of water use was combined with the creation of a much more appropriate environment to preserve wildlife.

The area flooded by the reservoir guarantees a watering hole for boar and deer throughout the summer, has facilitated an increase in small-game hunting and also attracts migratory birds. It is not difficult to find wild duck species, fish fauna, and reptiles in the waters as well as predators like birds of prey, foxes and genets nearby. It has its own “ecological niches”, and the traditional ecosystem that has been lost in many surrounding areas has been rebuilt.

This website uses cookies to improve your experience while you navigate through the website. Out of these cookies, the cookies that are categorized as necessary are stored on your browser as they are essential for the working of basic functionalities of the website. We also use third-party cookies that help us analyze and understand how you use this website. These cookies will be stored in your browser only with your consent. You also have the option to opt-out of these cookies. But opting out of some of these cookies may have an effect on your browsing experience.
Necessary Always Enabled
Necessary cookies are absolutely essential for the website to function properly. This category only includes cookies that ensures basic functionalities and security features of the website. These cookies do not store any personal information.
Non-necessary
Any cookies that may not be particularly necessary for the website to function and is used specifically to collect user personal data via analytics, ads, other embedded contents are termed as non-necessary cookies. It is mandatory to procure user consent prior to running these cookies on your website.
SAVE & ACCEPT
Scroll to top